Lake Trasimeno and its villages

Characteristic villages and luxuriant nature frame this lake's timeless charm. Lake Trasimeno is located in the green heart of Umbria, amidst beds of reeds and charming white water lilies. It’s a true natural paradise home to wild ducks, cormorants, kites and kingfishers. Beyond the downward slope, gentle hills form the backdrop to the lake, along with sporadic woods and sunflower and corn fields, vineyards and olive groves. Agriculture here is still carried out following traditional techniques. Several towns are located on Lake Trasimeno. Some of them directly face the lake while others are nearby and are affected by the charm and attraction of this sheet of water. 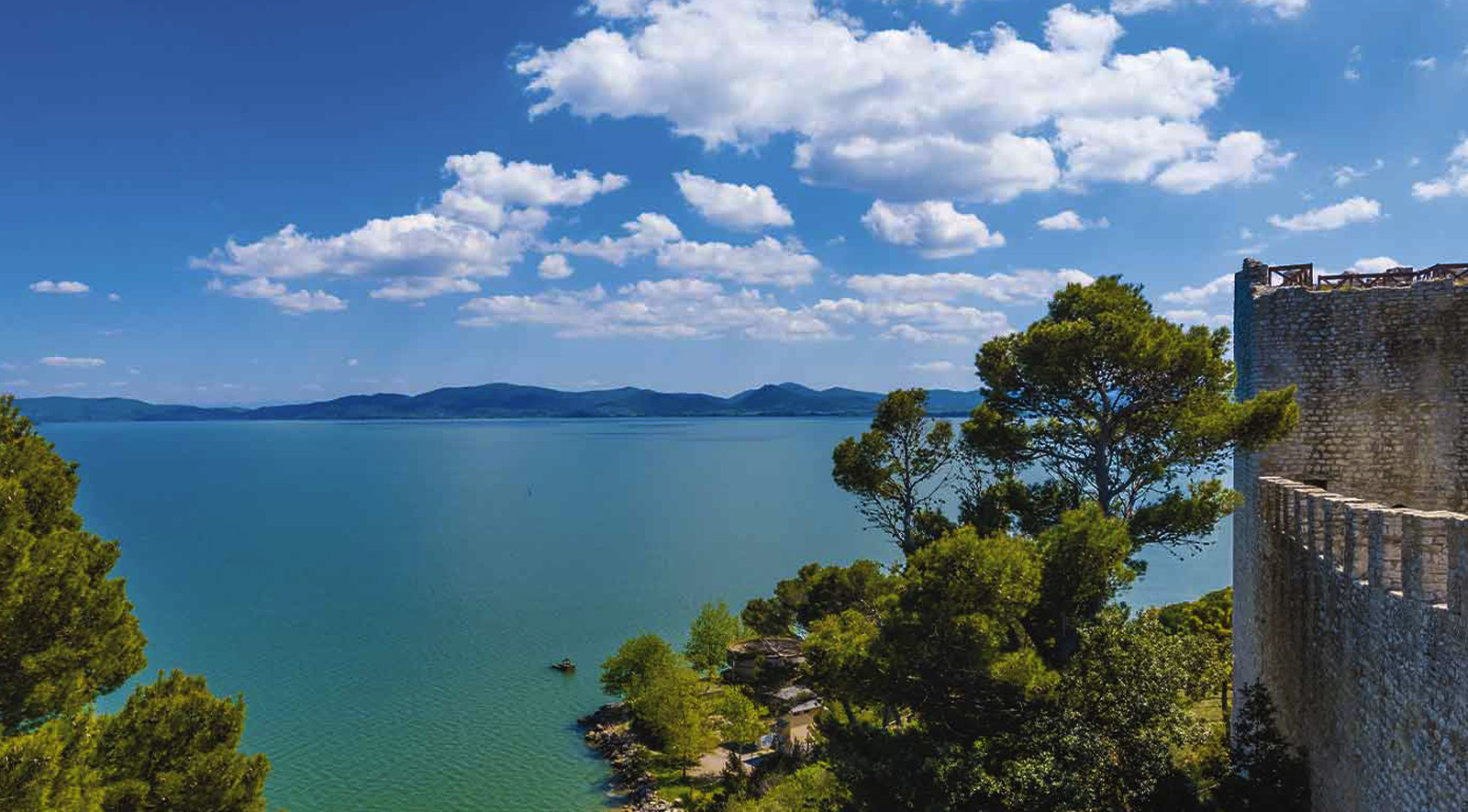 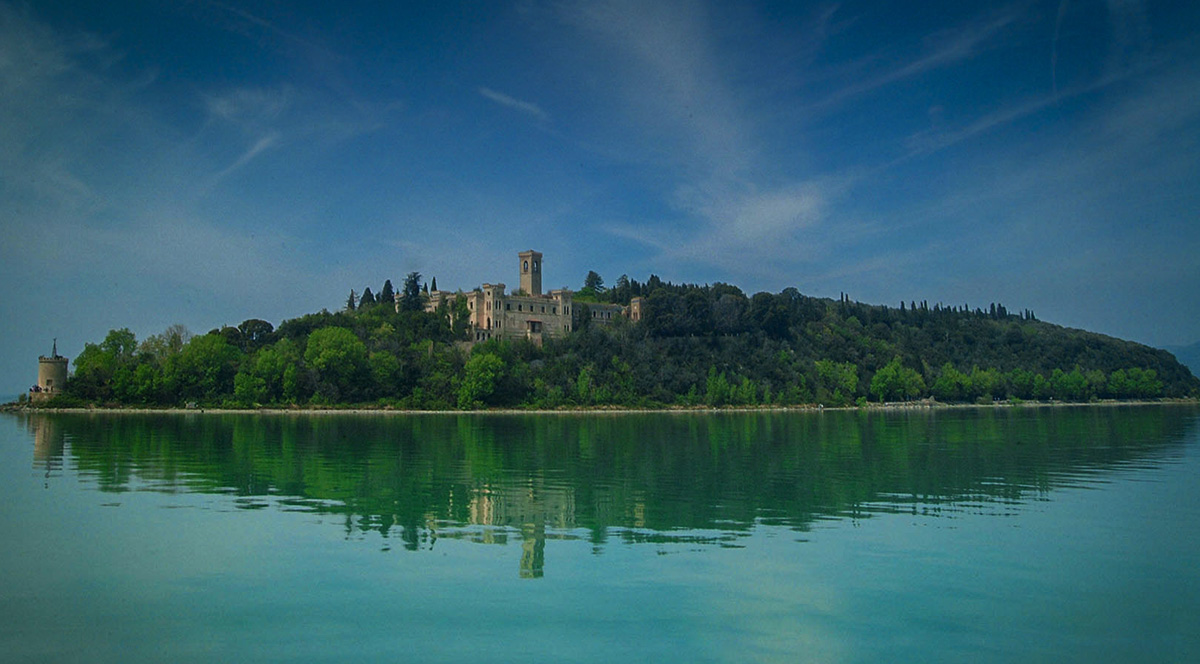 Villa Isabella of the Marquis of Guglielmi 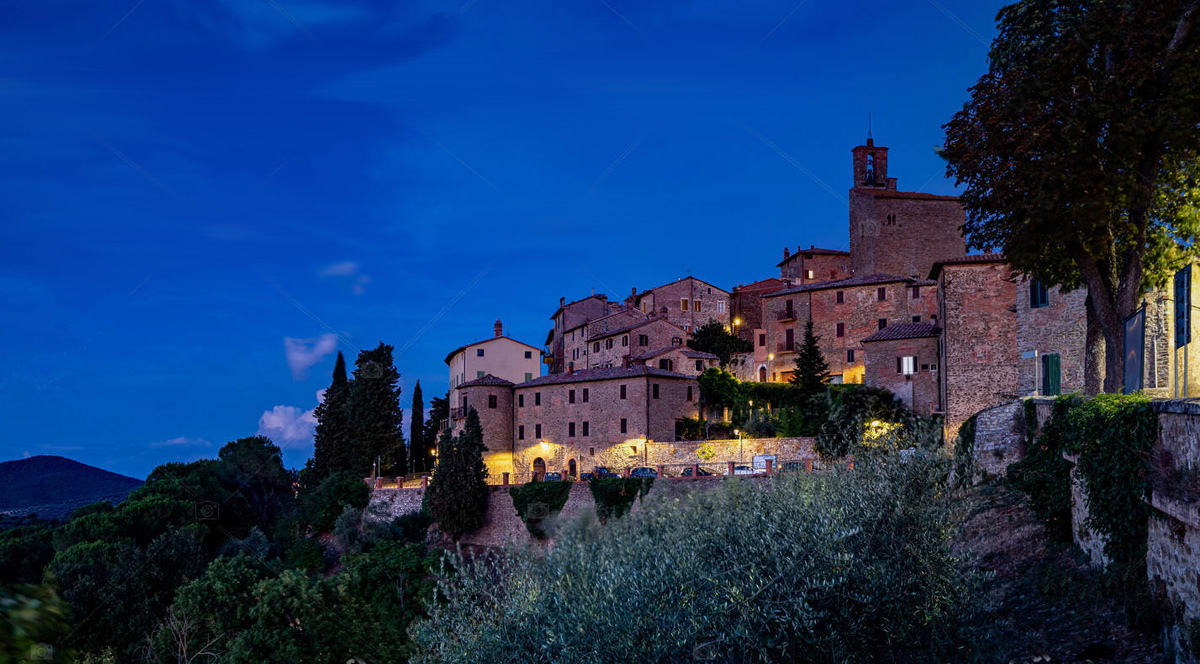 The small town of the Ars Panicalensis 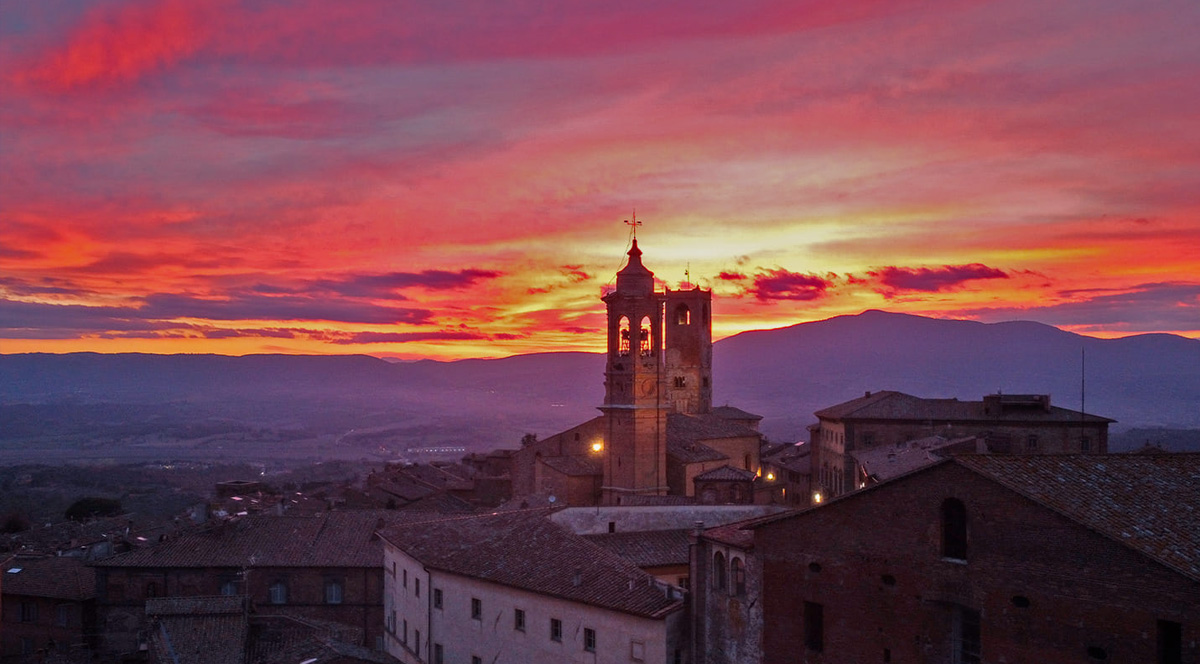 The town of Il Perugino

The historic center is surrounded by medieval walls with three gates: Porta Fiorentina, Porta Senese and Porta Perugina. There is an impressive fortress, the Rocca del Leone, one of the most interesting examples of medieval Umbrian military architecture. Built in 1247 to a design by Fra' Elia Coppi da Cortona, it has the shape of an irregular pentagon, with five towers and three gates, dominated by a triangular main tower nearly 30 meters tall. The walkway offers splendid views of the lake, and the vast space inside is used today as a natural amphitheater for shows and events. Another building of great artistic importance is the Ducal Palace or Palazzo della Corgna, commissioned by Ascanio della Corgna in 1560 and designed by Vignola or Galeazzo Alessi. The interior is sumptuously decorated with frescoes by Salvio Savin and Niccolò Circignani, known as "Pomarancio," with scenes from mythology and of the military exploits of the condottiere Ascanio della Corgna.

The town's oldest quarter has preserved intact its appearance of a fortified village, which can still be seen today enclosed within the circuit of medieval walls. The gates and towers of the walls have survived, such as the tower known as the Torre di Ponente, which still bears the Commune's coat of arms. The Rocca, or fortress, rises on the highest point in town. Built in the 5th-6th centuries, it was later enlarged and transformed. Among the buildings of artistic importance are the Church of San Cristoforo, an old parish church built before 1000 AD over the ruins of an older pagan temple, the 15th-century Church of San Rocco and the Church of San Bernardino. There is also the impressive 16th-century Sanctuary of the Madonna dell'Oliveto, which holds excellent paintings and sculptures such as the Madonna and Child in sandstone by Ascanio da Cortona.

Isola Maggiore is the second largest island on Lake Trasimeno and it is covered by a dense vegetation of olive trees, holm oaks and cypresses. Unlike Isola Polvese and Isola Minore, today it is still inhabited, with a small village on its western shore. The settlement dates back to the early Middle Ages, and a community of Friars Minor settled here starting from the end of the 13th century. They hosted St. Francis on the island throughout an entire Lenten season. The small village consists of one completely paved road overlooked by the houses of the 13th and 14th centuries, including the lovely house of the Captain of the People. At the end of the village is the Church of St. Salvatore, that houses some parts of a polyptych by Sano di Pietro, formerly in the church of the Franciscan monastery.

The historical centre has maintained its typically medieval layout intact. Between the two entrance gates, Porta Fiorentina and Porta Perugina, there are three piazzas at three different levels. The lowest one is home to the 15th century fountain, on the second one the grand Collegiata di San Michele bears witness to religious power, and the third, and highest, is where you'll find the political core of the town, Palazzo del Podestà. Among the most important landmarks, from an artistic point of view, is the Fountain, constructed in the late 15th century, the Collegiata di San Michele Arcangelo, a fine example of Umbrian Baroque architecture, the Palazzo del Podestà, which dates to the 1300s and has double lancet windows and a tall tower that can be seem from the valley below, the Cesare Caporali Theatre, one of the smallest in all of Umbria and made entirely of wood, decorated with gilded stucco and painted garlands.

The historical centre still maintains the typical medieval urban layout on which Renaissance, Baroque, Rococo and Neoclassic buildings were later constructed, proof of the artistic vitality of this city. The sights to see are the Cathedral of Santi Gervasio e Protasio (Duomo), which houses works by two great Città della Pieve artists - Il Perugino and Il Pomarancio - and the Oratory of Santa Maria dei Bianchi, home to the extraordinary Adoration of the Magi by Il Perugino. Aside from the city tower, built in the XII century, and the Bishop's tower, a watch tower probably built in 1326, you can visit such noteworthy landmarks as the Rocca (Fortress) with its five towers, Palazzo della Corgna (XVI century), home to the city library and exhibition space, Palazzo Bandini (XVI century) and Palazzo Baglioni, which dates to the XVIII century.

The territory preserves numerous remains from the Middle Ages, springing out along the Via Francigena, the great pilgrimage road to Rome that crossed Val d’Elsa, the city of Siena and Val d’Orcia. Walking through this countryside, you can admire impressive abbeys and characteristic small towns. 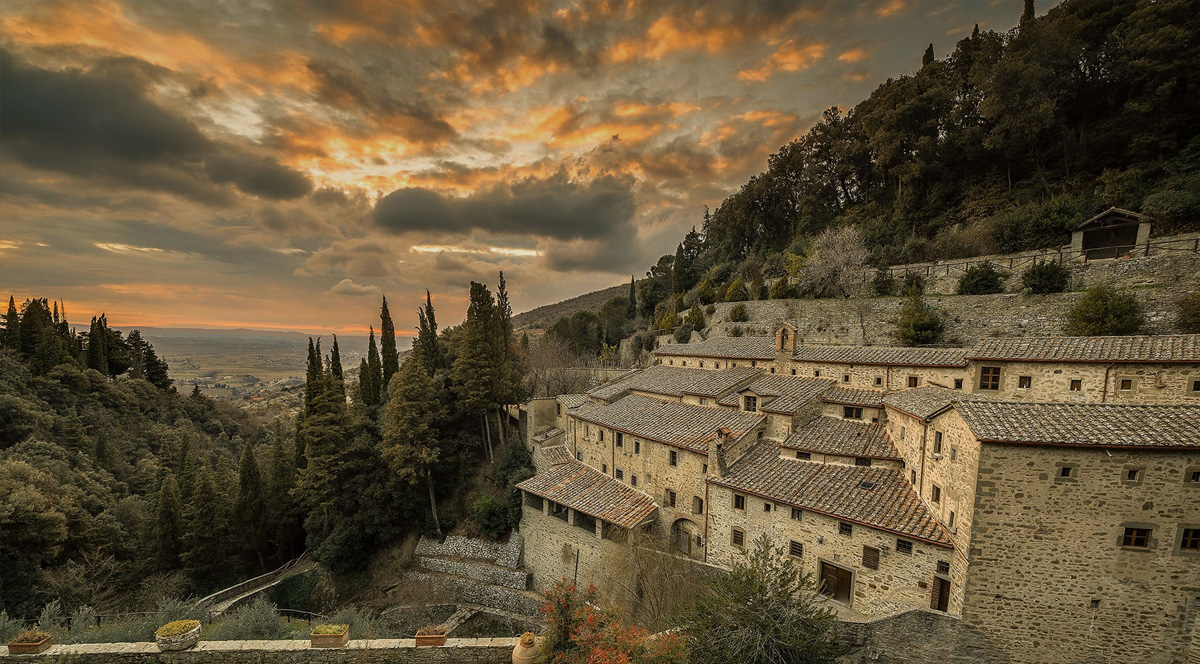 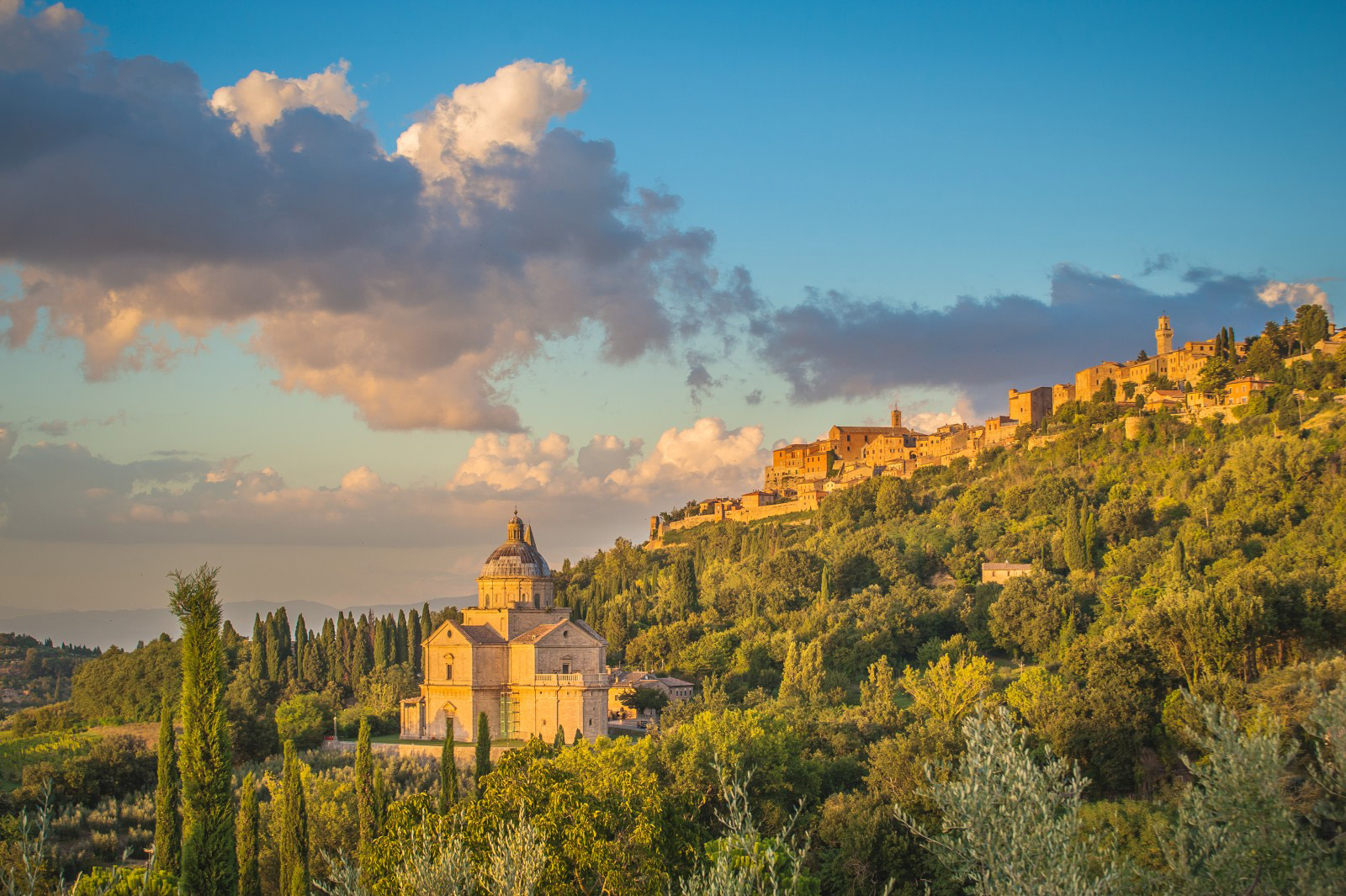 The Temple to the Madonna di San Biagio 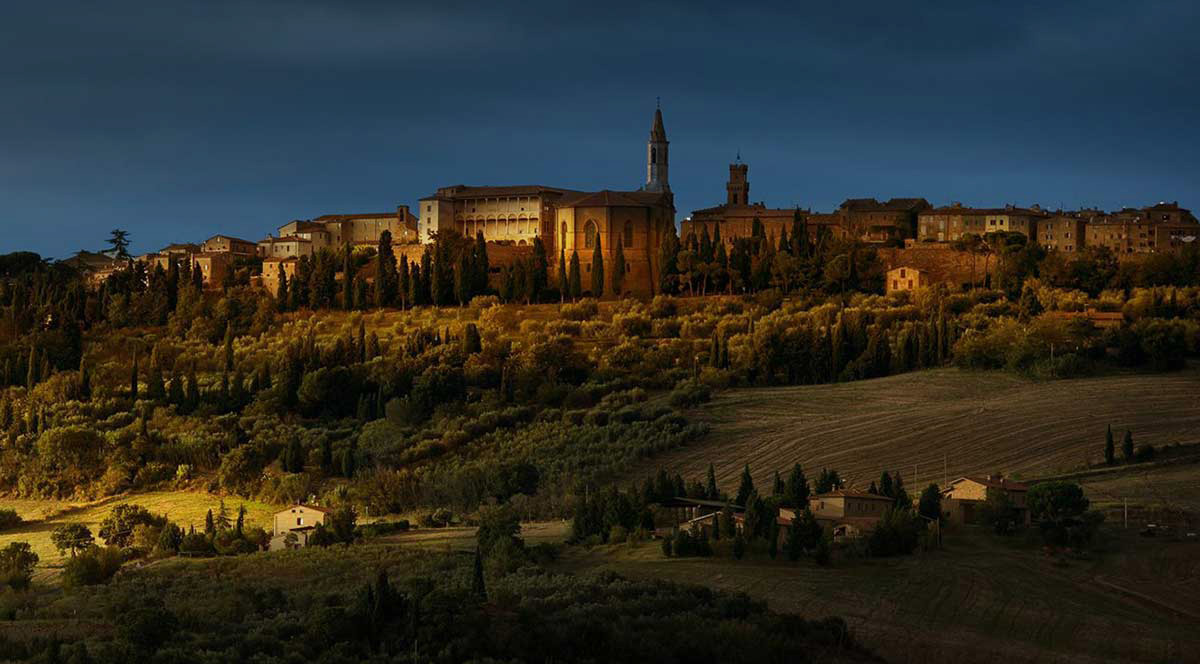 An ideal city, founded based on beauty 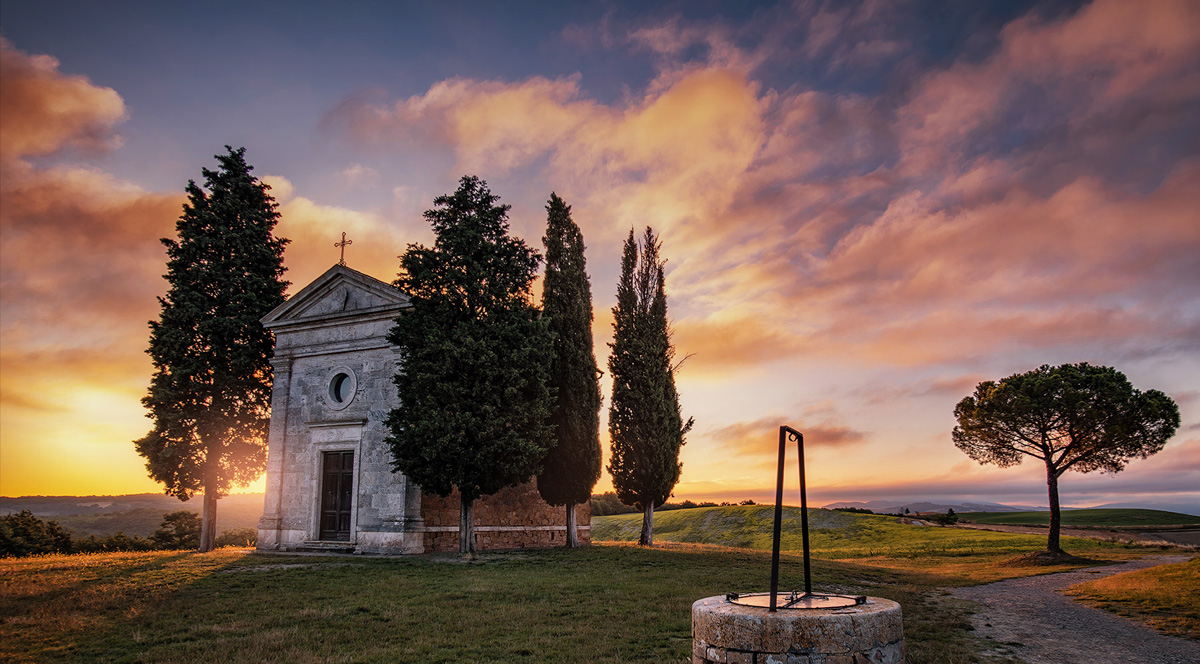 The Chapel of the Madonna di Vitaleta 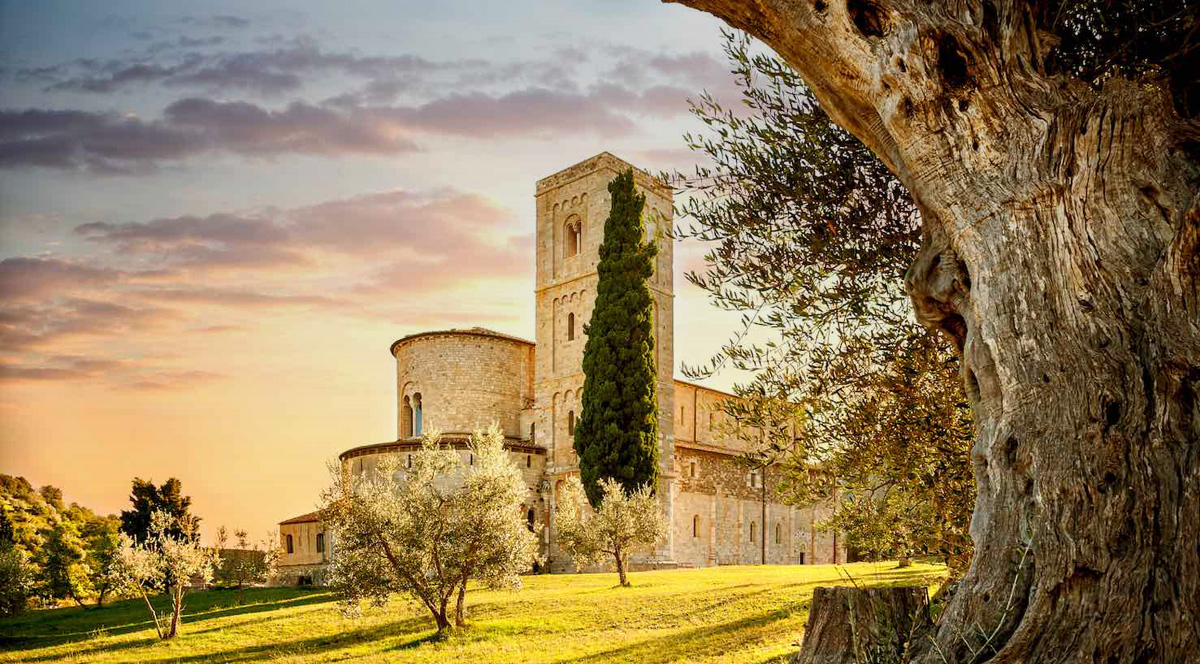 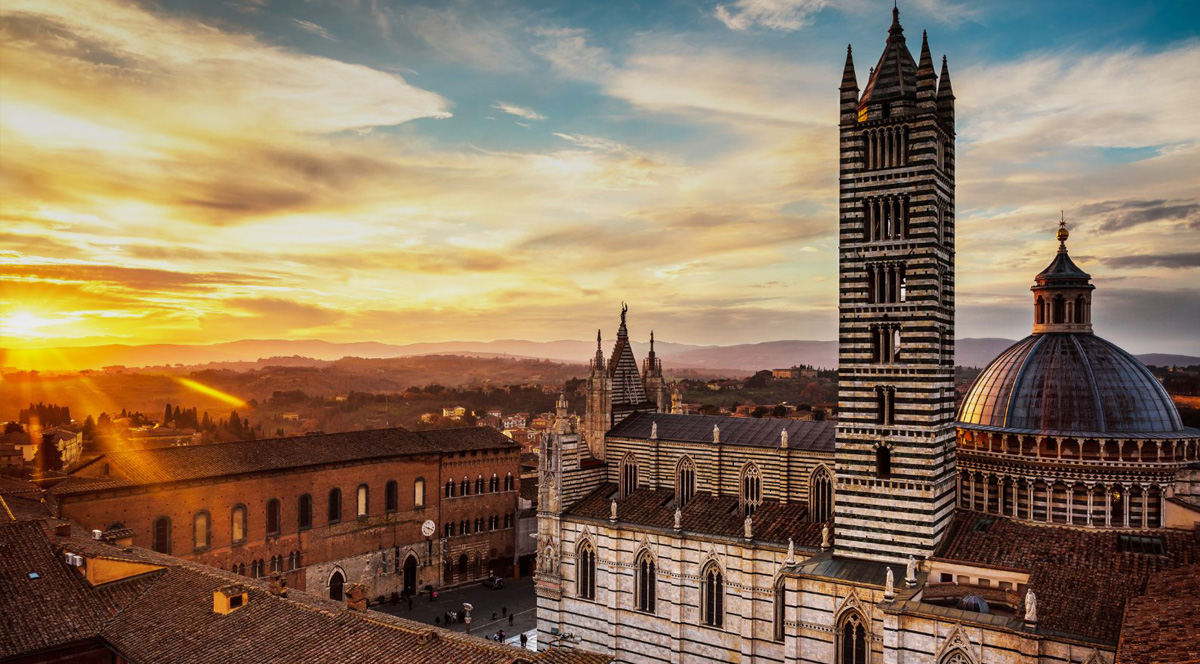 The tour of Cortona begins with Piazza della Repubblica and Piazza Signorelli, the site of an Etrusco-Roman forum, where the cardo (north-south street) and the decumanus (east-west road) converged at right angles. In the nearby Piazza Signorelli is Palazzo Casali, also known as Palazzo Pretorio. Since 1728, this building has been home to the Accademia Etrusca with its adjoining museum, two libraries – its own and the town’s –as well as the civic archives. The road between Palazzo Casali and the theatre takes you through Piazza del Duomo, where you can admire the cathedral that was built in a Renaissance style atop the older Church of Santa Maria. Palazzo Vagnotti is located next to the cathedral, which served as the headquarters of the episcopal seminary and is traditionally where the antiques fair is held. The area known as Croce del Travaglio begins in via Dardano, one of the most distinctive streets in Cortona. At the end of it, beyond Porta Colonia, the road goes down to the Church of Santa Maria Nuova, which was begun by Cristofanello in 1550 and later finished by Giorgio Vasari.

On the ridge that divides the Val D'Orcia from the Val di Chiana, Montepulciano stands on a chalky hilltop. This beautiful Renaissance hilltown, which still adheres to its medieval plan, is embedded in a picture-postcard landscape: every way you turn, you are confronted with the iconic image of the Tuscan countryside, where waves of hills and golden fields, dotted with cypresses, roll and roll together. Thanks to its superb vineyards, the Montepulciano area is considered one of the finest winemaking regions in the world, which makes it without a doubt one of the most frequented and beloved tourist destinations in Tuscany.

Pienza is a gem in the Val d'Orcia. It's known as the city of Pope Pius II, Enea Silvio Piccolomini, who was born here in 1405. Once Pius became Pope, he wanted to transform his humble birthplace, Corsignano, into an urban-architectural treasure. Therefore, he entrusted the total renovation of the village to the architect Bernardo Rossellino and to the humanist Leon Battisti Alberti. In just four years, from 1459 to 1462, they defined the harmonious and typically 15th-century appearance of present-day Pienza. This is how the artistic city is known today: "born from a thought of love and a dream of beauty", as Giovanni Pascoli wrote.

At the very heart of Val d’Orcia, nestled in the swirling hills, is the incredibly historic village with probable Etruscan origins, immersed in olive groves, vineyards and oak woods. San Quirico d'Orcia, with its medieval parish churches, is an absolute must-visit. Find yourself in this enchanting scenery, famous for its beautiful countryside and harmonious atmosphere.

Montalcino is a gem of history and art, buried deep in the hills of the Val D'Orcia. This medieval city immediately welcomes the visitor into its old medieval layout, scored as it is with straight, steep streets which have breathtaking panoramas waiting at the top. Montalcino is also known as the town that produces Brunello di Montalcino, one of the most famous wines in the world. In the mid-nineteenth century, a group of winemakers began to experiment with the indigenous Sangiovese grape, and came up with a wine able to withstand years of aging and improve over that time.

You can see Siena from afar, resplendent in its medieval harmony. The three hills on which it stands are the high points in an idyllic backdrop of arable fields, where the edges of the ancient city melt into a countryside which in places looks like the background to Ambrogio Lorenzetti's painting Allegory of Good Government in the Palazzo Pubblico. The Siena that greets you today is largely the same as it would have appeared back in 1300, and the preservation of its unique, coherent inheritance of medieval architecture is one of the main reasons to visit such a magnificent city, which has for a long time been all too aware that it lives in a fragile equilibrium. 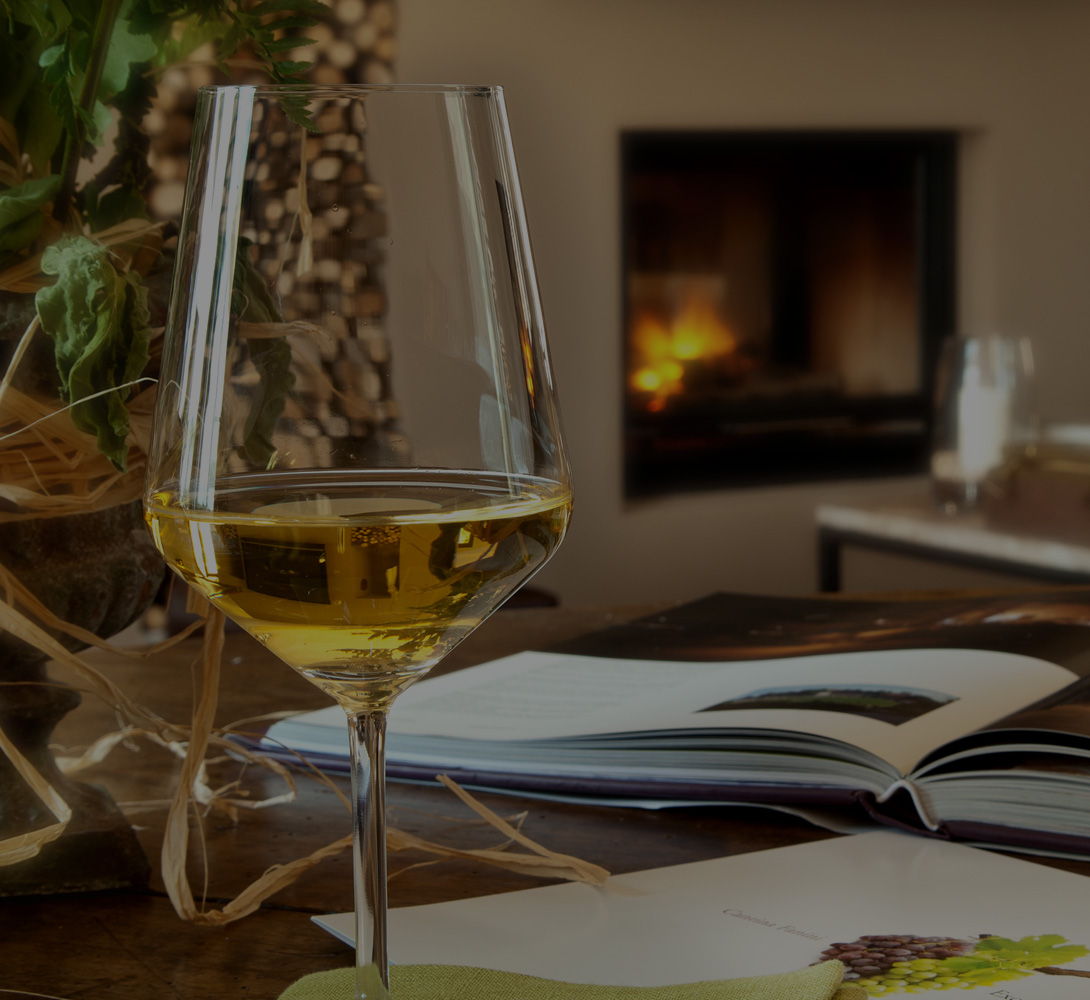 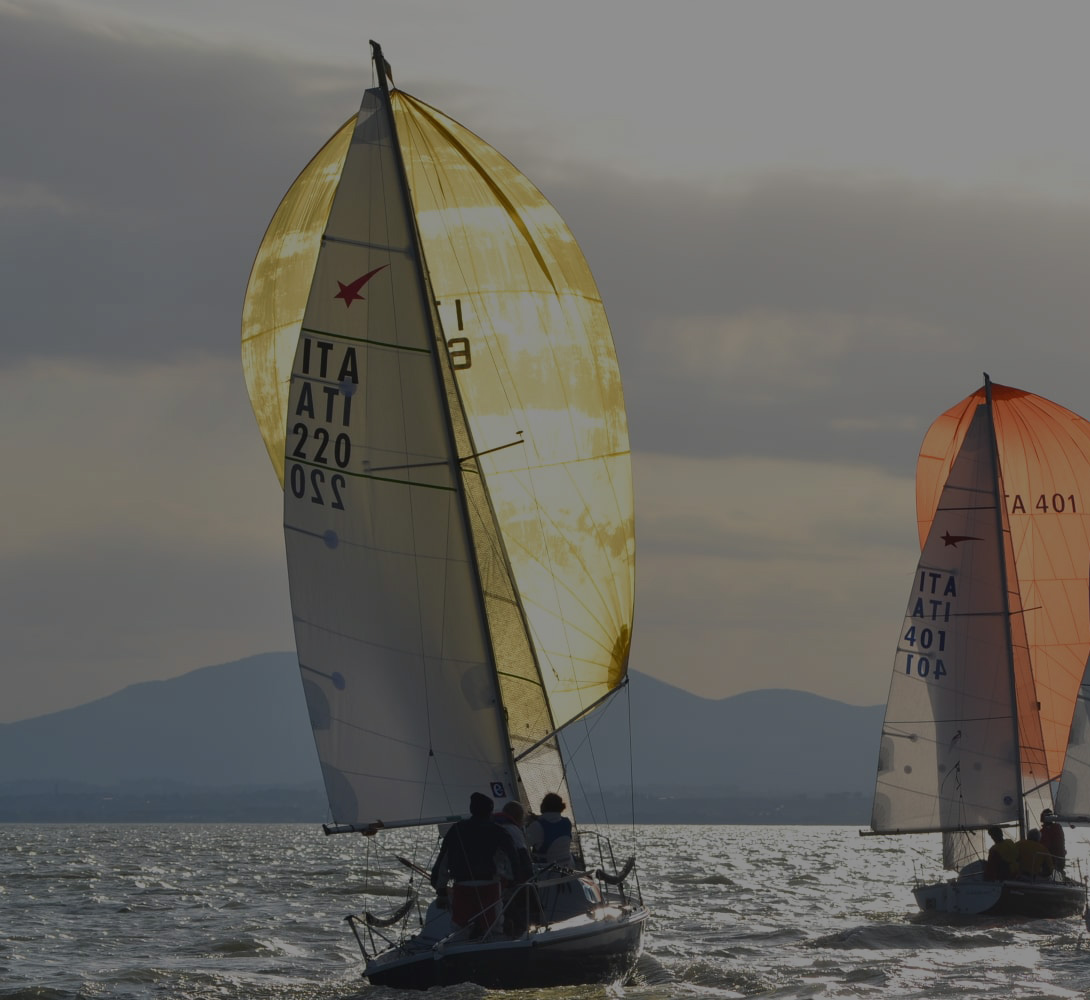 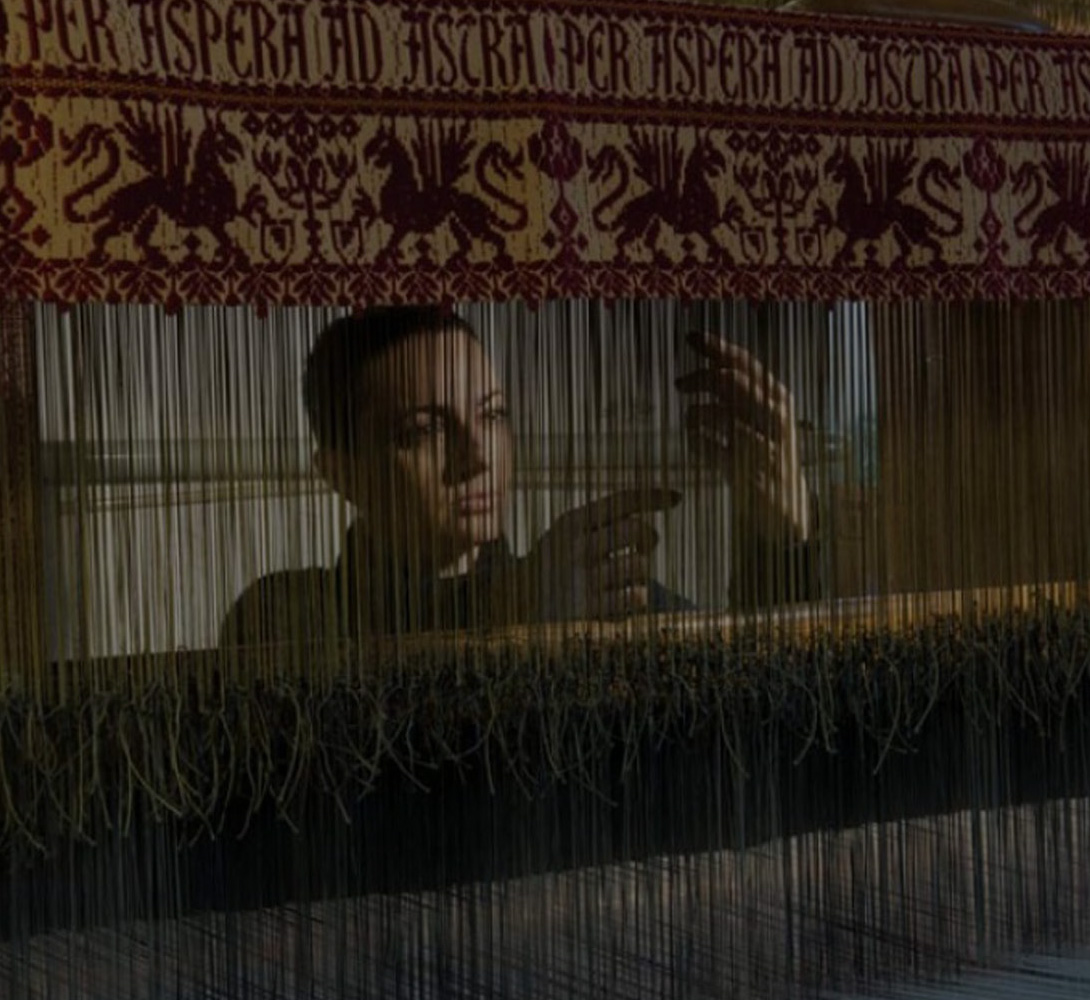